See for yourself. This guide gives you an overview of the content of our bachelor’s and master’s programmes. It also contains information about BFH, its facilities for international students, and introduces you to the advantages of living in Bern.

The BFH sites are located in an attractive region in the heart of Switzerland, with the Alps and all major cities within easy reach:

is the country’s capital and its 800-year Old Town (UNESCO World Heritage), many green spaces and the river Aare, which is popular for swimming in the summer, make for a high quality of life. A great variety of cultural, sport and leisure facilities ensure that there is always plenty to do.

is the second-largest town in the Canton Bern and Switzerland’s largest bilingual centre. 60 % of the inhabitants speak German, 40 % French. The town lies on the shores of Lake Biel and at the foot of the Jura Mountains. It has a reputation as a world centre for watch-making and high-tech industry.

is the gateway to the picturesque Emmental valley, a favored holiday location with its rolling green hills, stately farmsteads and lively traditions. The tranquil town of Burgdorf has a well-preserved Old Town and an imposing castle.

is a bilingual town situated in the Bernese Jura at about 900 meters above sea level. On a fine day, the view of the Alps can be admired across the Bernese plateau.

is a suburb of Bern and has a very well established public transportation system with connections to the city of Bern, which is only 10 minutes away by train. 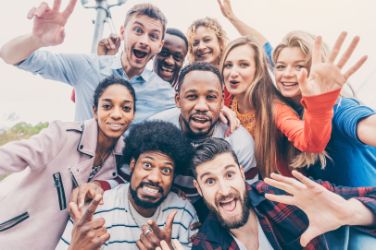 Some of these courses of study are unique in Switzerland, for example Sport, Agriculture, Wood Technology, Automotive Engineering, Conservation, Literary Writing as well as Nutrition and Dietetics (counselling in German). Other courses in turn have a similarly comprehensive range of specialist areas (e.g. Computer Science). See for yourself.

For a detailed curricula and module descriptions please visit the:

Master’s programmes are usually run in cooperation with other universities of applied sciences or universities in Switzerland or abroad, with the aim of drawing together all available theoretical and practical competence.

The master’s degree programmes combine teaching and researching, introducing students to current research issues and qualifying participants for future work in research. Specific modules are used to impart practical and scientific knowledge. Students additionally collaborate on ongoing research projects and write their master’s theses. There is often a focus on specific research issues with practical applications. In terms of content, all BFH courses are research focussed or Master Research Units (MRU).

For a detailed curricula and module descriptions please visit the:

The International Relations Office is responsible for administering and supporting international matters at BFH. Among other things it looks after your wellbeing and helps deal with general questions related to your study visit:

But more importantly, each department has its own International Office, which will answer specific questions about your course and help you to settle into your studies.

International Offices of the Departments

Bern University of the Arts
international@hkb.bfh.ch

The Erasmus Student Network (ESN) provides you with all the support you need, to make your arrival and stay easier and even more fun.

At the Welcome Event and other happenings, you can build up a local network and the Buddy System encourages contact between local and international students.

ESN is available to all international students - whether you are on an exchange, pursue a double degree or regular study programme at the BFH and whether you are from an EU/EFTA or a non-EU/EFTA country.

Let's go - check out the numerous possibilities even before you arrive in Switzerland:

The Swiss Guide for Exchange Students in Switzerland (ESN)

The academic year begins in mid-September and is divided into two semesters. The autumn semester runs from September to January / February and the spring semester from February to June / July. Bachelor’s programmes are usually taken over three years if studied full-time. The normal duration of a master’s degree programme is one and a half to two years. Most bachelor’s degree and some master’s degree courses can be taken part-time over a longer time period.

Studying is done in “modules”. These are study units that are self-contained in terms of content and topic. A course is made up of a number of different, partly interchangeable modules, which together form a study programme that is coherent in terms of content. There are three kinds of modules: compulsory, compulsory elective and optional: compulsory modules must be taken; compulsory elective modules can be chosen from a range on offer; and optional modules cover students’ further interests. The work for modules is done during contact hours (lectures, exercises) and as self-study (individual and accompanied). A module is completed once a certain number of ECTS credits have been awarded.

The workload in the selected programme of study is measured by the European Credit Transfer System (ECTS) in terms of ECTS “credits”, as shown below. ECTS is the European system for calculating, transferring and accumulating student achievement. One ECTS credit corresponds to 30 hours of student work.

Please note that specific checks are made to ensure that the requirements for admission to the bachelor’s or master’s degree are met. It is a condition of acceptance to all study programmes that the participants have sufficient knowledge of the language in which the course is taught. For the majority of courses this is German, although various master’s degree programmes are delivered in English.

If you require further information about the admission requirements or content of a particular course of study, please get in touch with the international representatives in the relevant department. Applications for degree programmes should also be submitted to these offices. If you are interested in an exchange programme, please contact the International Relations Office at your home university.

With BFH’s supplementary “Certificate of Global Competence”, students have the opportunity to acquire specific intercultural and transcultural skills during the course of their studies – and to earn a qualification for them.

Many tasks call for interdisciplinary solutions today. In order to better address these requirements in the future, BFH has grouped its areas of expertise into BFH Centres based on its established research groups and institutes. These centres develop responses to current and future social and technological issues. They are unique in Switzerland either in their composition or in their holistic approach. The BFH distinguishes itself by concentrating on the following BFH Centres:

No results match your request.